I was introduced to the story of the Boojum inside a book titled Memories of Jesmond Vale. Like many who read this book the Boojum is one of the residing articles to stay with them. I find people asking about it on the internet and in study groups and yet I have never seen any other reference to it other than in this particular book which is not in general circulation.

I don’t have a copy myself. I made notes from a copy I found in my ex-partners parents’ bookshelves years ago when I stayed with them in the Spanish mountains. They themselves had lived in Jesmond Vale for most of their adult lives.

The problem for the most part is that these notes I thought I had now appear lost or at the very least very hidden under the rubble that is the last 30 years of my writing life. I hope to find them and should I do so will update here with exact quotes.

So what I remember. The Boojum was a creature, (possibly wolf like or large dog but you get the idea), whom would roam Jesmond Dene and Vale and whom parents of unruly children would at night reference to little or greater degree depending on the level of unruliness encountered.

Mostly a book full of interesting memoirs of a woman who was a little girl at a time before the Vale was, “redesigned”, it is also truly fascinating in its first hand and second hand accounts of supernatural tales. The eyewitness accounts of the ghost girl, (approx 14 if memory serves me well), whose apparition clad in a nightdress would float from the knees up, (there was nothing below the knees visible – naturally!), down Benton Bank – from a wicket gate in Heaton park…or was it Armstrong Park? Here is where it gets shady – I absolutely must track down those notes.

There is no reference to the ghost runner of Armstrong Park in this book – something I do have a personal experience of having been trailed by what I thought was kids playing grannies footsteps with me but what I later learned from Darren Ritson’s Haunted Newcastle was a ghostly runner! (At least I presume it was this book I must re-check my digital copies!) Nevertheless if you find yourself at the above part of Armstrong Park with a distinct feeling of the heebie-jeebies now you know why. 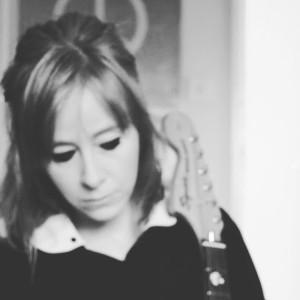 Writer based in Newcastle-upon-Tyne, UK. A solitary wolf attracted mainly to other solitary wolves. Mostly found in makeshift archery ranges or hiding behind electric guitars. I like the woods, the sea and obviously the strange and unusual.

It’s kind of soggy out there – our river has

So 2020 sucked – a pandemic broke out, I apparently

The Vale of The Deadly Nightshade, Abbotswood & Furness Abbey

The Vale of The Deadly Nightshade, Abbotswood & Furness Abbey

Of all the places I have lived and of all the hidden avenues I’ve gone down,

So 2020 sucked – a pandemic broke out, I apparently caught the virus and now live